The raw power of the Atlantic ocean off Ireland’s west coast is being harnessed to test new technologies which will be deployed to reduce carbon emissions and combat climate change.

The raw power of the Atlantic ocean off Ireland’s west coast is being harnessed to test new technologies which will be deployed to reduce carbon emissions and combat climate change.

The 37 hectare Galway Bay Marine and Renewable Energy Test Site, 1.5 kilometres off the coast of Spiddal has been providing a facility to safely test and demonstrate ocean energy converters and related technologies since 2006. Earlier this year, the Marine Institute, which operates the site, was granted a 35-year foreshore lease.

“Irish companies are now competing on the global stage, bringing all that expertise out there to sell their products and services,” explains Alan Berry, Ocean Energy Services Manager with the Marine Institute.

A pioneering wave energy convertor, OE Buoy, designed by Cork based firm, Ocean Energy, with EU funding support, was successfully tested at the site, and has now progressed to the next phase of development, in a multi-million euro Irish-US deal.

EU funding is a considerable driving force behind renewable energy projects, supporting this site and ancillary projects to the tune of millions of euro.  The site receives financial aid from the Sustainable Energy Authority of Ireland (SEAI) through European Regional Development Funds. Support for trans-national research projects comes through a further mix of European funding mechanisms such as Horizon2020 and the EU Interreg programme, including the EU FORESEA Project (Funding Ocean Renewable Energy through the Strategic European Action)

In 2015, a new SmartBay sub-sea observatory, initially grant aided by Science Foundation Ireland, was installed at the site.

“This is now the only test facility of its kind in Ireland and one of the few throughout Europe. It provides proving ground for Irish technologies, which can go off onto a world stage to harness the power of the ocean, convert it into clean, renewable energy for all our futures and combat global climate change,” said Mr Barry. 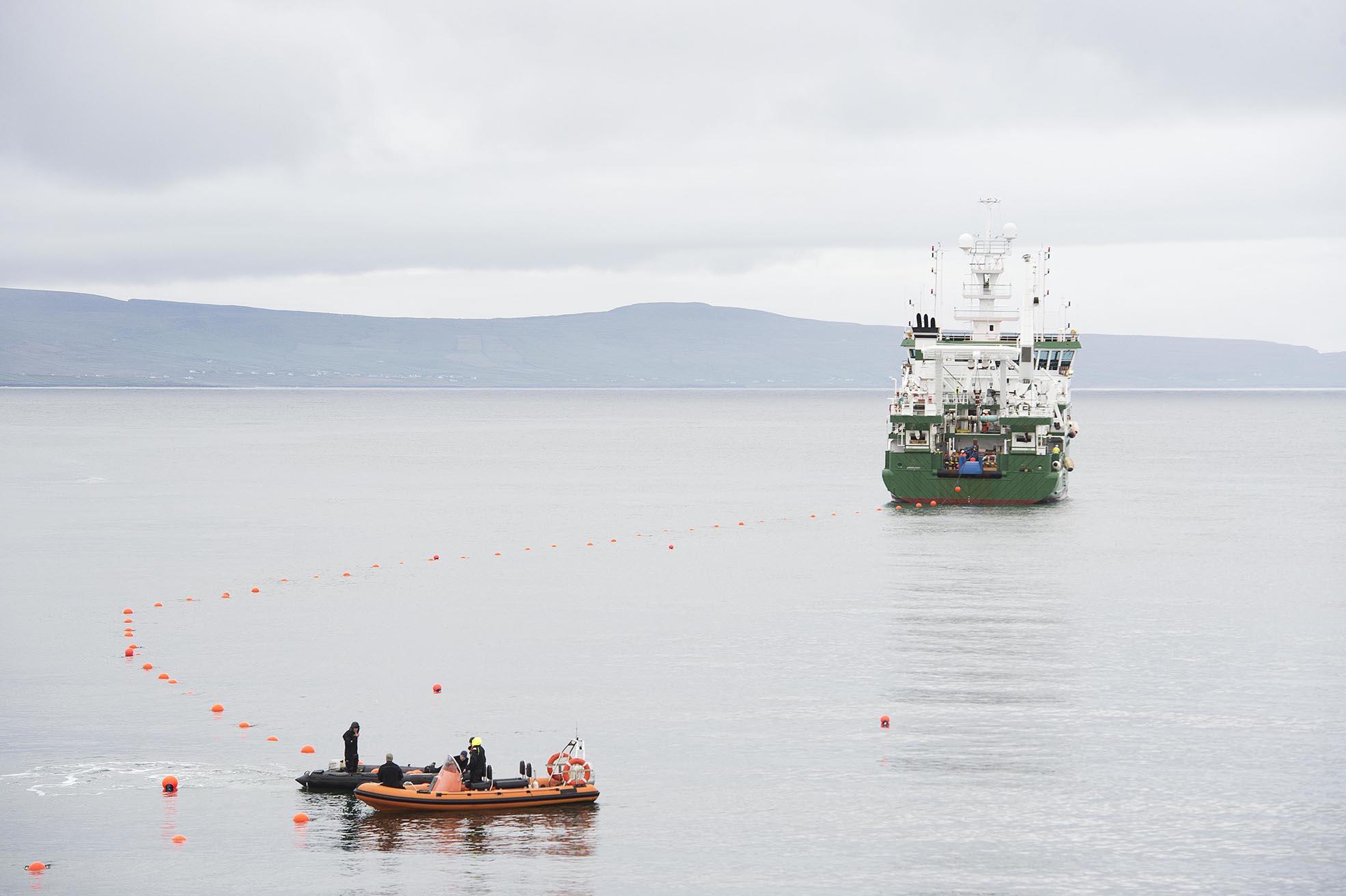