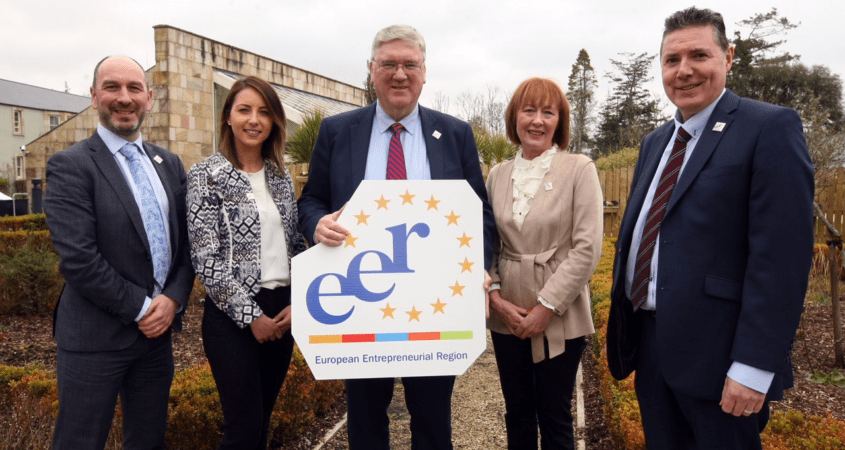 Ideas are the new world currency and entrepreneurs the new disrupters. Fuelled by innovation and creativity the landscape of traditional industrial and economic growth is radically transforming. Witnessed in the west and northern parts of Ireland since 2012 with a transformative level of new entrepreneurs. Ireland has a new powerhouse that is sustainable, indigenous and inspired by its people.

The Northern & Western Regional Assembly (NWRA) recently launched it’s title, awarded by the European Union, as the European Entrepreneurial Region (EER) 2018. The award of such a title is recognition of the ‘enormous strides’ the region has taken as it transforms the area from ‘adversity to advantage’. It was noted by the awardees that this region has a unique rural fibre intrinsically linked with the urban drivers such as Galway, Sligo, Letterkenny and Athlone.

Throughout 2018, the NWRA are delivering a series of keynote events and initiatives, while actively supporting existing and new job creation, projects and innovation. The launch was part of an international conference titled ‘Beyond Local – Why Going International Makes Sense’, which took place in Lough Eske Castle in Co. Donegal. The conference focused on the growth of small to medium sized businesses through their potential to enter international export markets and the key challenges that a business will encounter through such growth. Brendan Mooney, EU Programmes Executive, explains the role of the NWRA through the EER as “ I see the accolade of EER 2018 as proof to the tremendous work being carried out in the Northern & Western Region of Ireland to support and nurture an Entrepreneurial Spirit by our business support agencies and industry supporters who help promote entrepreneurship”

International Ambassador for the award Pat McDonagh, Managing Director of Supermac’s said that 2018 is about celebrating and promoting our business people. Encouraging growth and ensuring better recognition for a place that can become not just a western powerhouse but a global powerhouse. “In 2017 over 130 regional partners from industry, private and public bodies collectively came together and demanded recognition. Recognition for transforming disadvantage into advantage. Recognition for the family businesses, enterprises and small companies that call this region home. Recognition for the innovators, risk takers and entrepreneurs who dream of taking their companies global; going global but keeping the business at home,” Pat McDonagh said.

This is a crucial time for all businesses in Ireland and such initiatives will have far reaching impacts on business development and economic growth.