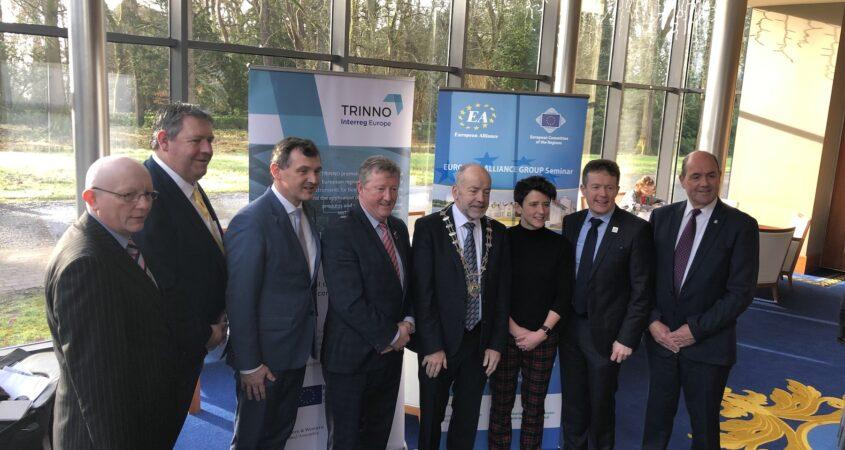 On 11 February 2019, the European Alliance Group held a meeting in Mohill, County Leitrim (Ireland) which focussed on ways how towns and villages could be helped to drive rural revival in the European Union.

Cllr Enda Stenson, Member of Leitrim County council initiated the meeting to show delegates from across the European Union (EU) the difficulties faced by local, in particular rural and border communities and send a clear message that EU programmes need to be adapted to let those communities invest in connectivity, energy and other projects which will help them prosper.

Along with the representatives of Europe’s local and regional authorities, keynote speakers included:

The meeting also examined the importance of inter regional cooperation at a pivotal time coming up to the BREXIT deadline as well as the forthcoming European Parliament elections. The special role of the European Union and cross border cooperation was outlined by Gina McIntyre, Special EU funding body. Good practice examples including the Trinno Project were discussed and delegates also adopted the Leitrim declaration “Helping towns and villages drive rural revival in the European Union” which, among other things, calls the EU to provide a framework and concrete guidelines for the development of rural territories, stresses the importance of greater cooperation between urban and rural areas and calls for a greater focus on and funding for cross-border cooperation and territorial cooperation projects.

Helping towns and villages drive rural revival across the EU

Our 2019 Work Programme
Scroll to top