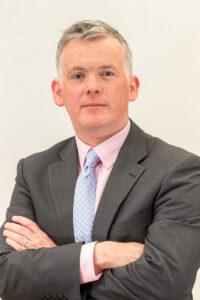 With much of the political and policy attention focused on Dublin during GE2020, putting a spotlight on the regions is welcome, writes David Minton

Economic performance is uneven across Ireland’s regions. For example, there are differences across household incomes, unemployment and population growth. Regions are closely connected on some measures, in others they are divergent or in competition. Economic outcomes – whether in terms of level, growth or resilience – differ. These differences lead to increasing calls for a solution.

We know the impact of building certain kinds of regional capacity. The practice and evidence is well established. Regions with higher skilled workforces are found to have higher levels of population growth, higher wages, or per capita income, and higher productivity.

When we look at R&D expenditure (public and/or private) in Ireland, or patents registered, the metrics correlate to higher GDP per capita and, strongly related to “opportunity” entrepreneurship and higher regional growth.

It is not a coincidence that political centralisation is accompanied by incredibly high levels of regional inequality. The impact can manifest in many ways, the most apparent internationally, in recent years, being Brexit.

When compared to other advanced economies, Ireland is a clear outlier when it comes to political centralisation. In other countries – notably Germany, Netherlands and France – local and regional governments have real economic and decision-making power, and are able to act as place-shapers for their local areas. Take Netherlands for example, with Rotterdam raising a green bond, to be used for sustainable, climate-related expenditure and investment.

The population of Ireland is set to expand by over 1 million people by 2040. This is an opportunity but tailored metrics need to be established to address regional inequality focusing on Higher Education Institutes; improving R&D capabilities, nurturing SME’s and accelerating urban centres of scale. The aviation industry transformed the south west of Ireland through policies of ‘Positive Discrimination’. I firmly believe the ‘Green Industry’ can be harnessed to address this regional inequality.

Ireland and the Regions

GDP growth nationally exceeded 5% each year since 2014. This growth has been driven by both domestic and exporting sectors. Incredibly employment grew by 230,000 between 2012 and 2017, unemployment down from 15% to 4.8%. Department of Finance forecast these trends to continue, reflecting a successful economy. But our economy is made up of many parts and places. Are we enabling all parts?

Ireland currently faces both uncertainty and opportunity. The UK’s exit from the EU will have a significant impact, and will require a reorientation of our economy. As a first step we need to understand the different dimensions this will impact our economy. The single most important is the regional dimension.

With much of the political and policy attention focused on Dublin, putting a spotlight on the performance of the regions is welcome.

An insightful report on regional performance was published this week that should inform GE2020 and subsequent Government policy. Based on the findings contained in the report there is an increasing divergence across our regions and it should be seen as a warning flag.

Analysis of this kind is vital. If regional gaps in GDP are too large and remain consistent over time, this will inevitably lead to further economic decline. It is widely accepted that gaps in output tend to be accompanied by high levels of unemployment, low levels of disposable income and prolonged population shifts. This will ultimately continue to see shifts towards Dublin, which is not sustainable. Ireland needs its regions performing.

GDP is a measure for economic activity. The European Commission classifies regions based on GDP. As a result, the Northern & Western region – due to its performance – has been reclassified from ‘Developed’ to a “Transition region”. Such a reclassification shows that the Northern & Western region has not prospered economically compared to the other regions of Ireland and comparable regions across the EU27 in recent years.

This ultimately defines a twin speed economy in Ireland based on demonstrable evidence like:

The regional economic narrative is complex. These complexities require careful diagnosis and deep understanding of what makes regions tick. This evidence traces back to 2008 but the policies can be linked back to industrial policy of the 1960’s. Regional economies share many common traits, but also many differences. The common threads suggest a common, co-ordinated approach to policy is a good starting position.

But there is a risk of moving too quickly from a perceived need to an action plan. We need to understand what causes the differences in regional economies, and then we can focus on if, when, where, and how policy can help.

But significant and competing differences under the surface mean that an approach that works in one place may make no sense in another, or could even pull the regions further apart. We need to understand the causes of economic differences before wasting precious resources on policies that will not ‘solve’ true issues. However what we do know is, ‘that what gets measured, gets done’. The IDA is a perfect example of how a state agency can deliver in regions through ambitious targets.

A Region in Transition

Through the publication of the report, we have provided the evidence of the capacity for greater government investment in the region’s key growth enablers. “Positive Discrimination” is a policy adopted across many EU and international economies to address inequality. The region needs additional investment to develop Galway and the region’s designated “Regional Growth Centres” and “Key Towns” to sufficient scale, improve the region’s “human capital” levels via its Third Level Institutes, enhance regional infrastructure that enables growth, support SMEs in rural communities, while also encouraging the concept of remote working.

So as GE2020 rolls onto February 8th its important that we throw a spotlight on the issue. After all it is a national issue.

Region in Transition – The Way Forward