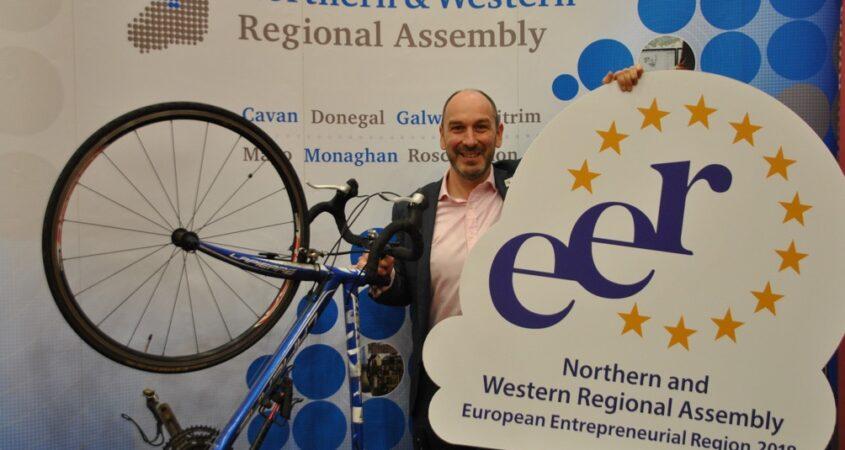 The NWRA established its EU Engagement Unit in 2016 looking to optimise all available EU funds for this region. As Brendan Mooney of the NWRA says we also ‘set about trying to build regional capacity for accessing EU Funding. At times, EU funds can be seen as a dark art but we try to demystify the process and also encourage regional collaboration’.

A small team, but dedicated experts in all aspects of European Policy and Funding. In early 2017 the Unit launched its Diploma in EU Funding in partnership with the Leuven Institute in Brussels. Since then we have over 55 graduates of the programme and we are refining the Diploma each time and also developing bespoke and sectoral programmes.

Originally targeted at our Local Authority colleagues, increasingly we have participants from the 3rd level sector and business representatives. Speaking at the announcement of recent EU funding Mooney said ‘I think the 5 day intensive programme makes it very accessible for people; and the fact individuals get to experience the drivers of policy in Brussels and witness local practices in securing funding is highly attractive’.

Brendan, a native of Kiltimagh, Co. Mayo, recognises that we have had some staggering success in accessing EU Funds and notes the impact is in every community across the country. It is important that our communities understand the direct impact Cohesion and Structural Funds have had in Ireland and particularly in this part of the country. Over the next 12 months, with the Members of the NWRA, we intend leading a campaign celebrating the impact of EU funds and how these funds have impacted our daily lives in a positive way.

Speaking at the announcement that the NWRA had secured funding under three new INTERREG Europe partnerships, Brendan Mooney, said “that it was an extremely competitive process but we were delighted with the outcome. Our members have challenged the EU Engagement Unit to develop projects aligned with regional priorities. To secure three projects of this note so early is a great start”

Director of the Northern and Western Regional Assembly, David Minton said its now ‘time to get on your bike’, referring to the success in securing funding through the OUR WAY project; a Greenway project to support a regional investment strategy and connect green infrastructure with natural heritage and cultural sites’.

Additionally the NWRA is involved with two additional partnerships focusing on the key emerging food sector and supporting the buoyant digital and creative sector.