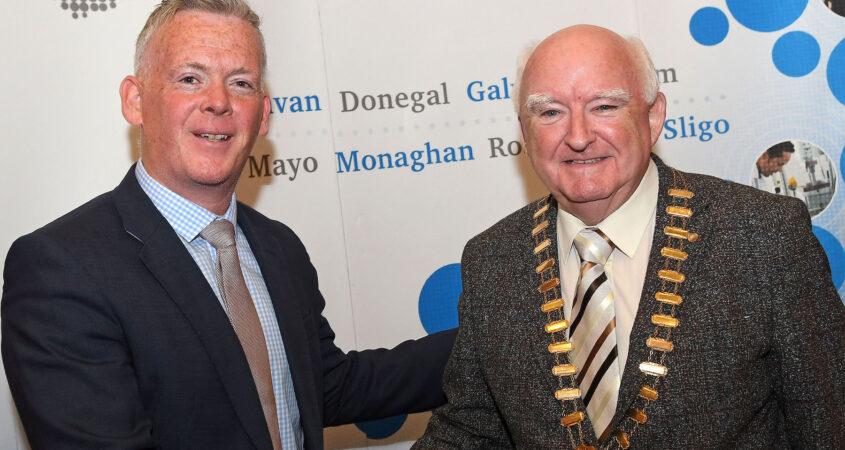 It is understandable that government tries to solve regional problems with central government programmes. When the only tool you have is a hammer, every problem looks like a nail.

But not according to Cllr Declan McDonnell from Tara Grove, Wellpark, Galway who recently was elected as the new Cathaoirleach of the Northern and Western Regional Assembly.

Cllr McDonnell sees Galway being the engine for regional development. Speaking at the recent AGM he acknowledged the role urban areas will play in the future. The New Urban Agenda, according to McDonnell, offers two useful directions for government.

First, urban policy is for cities of all sizes. It is not all about Dublin. Dublin’s problems – unaffordable housing, traffic congestion and social inequality – are significant.

However, our capital receives much media attention, biasing national policy and provoking public debate that pits urban and regional areas against each other.

Second, more innovative and inclusive approaches to policy are needed to solve the new challenges for urban areas. In developing the first Regional Spatial and Economic Strategy we have an opportunity to outline a vision for Galway. A vision that goes past boundaries but sees the city as a regional driver. It will be an opportunity to focus attention on issues like accessibility, transport, housing, environmental matters and ultimately sustainability.

Cllr McDonnell was at pains to stress the reputation of Galway as an incredible place to live which needs to be the lens ‘we plan everything around’and went on to say that he fully supports Galway 2020 as European Capital of Culture and hopes it will be a huge success story. But the region is not just about Galway. The North and West boasts come incredible strengths most notably our young talented people. With Brexit we also must continue to support our border communities. I will do this with great pride over the next twelve months.

Welcoming Cllr McDonnell into his new position was David Minton, Director for the Northern and Western Regional Assembly. David welcomed the appointment of Cllr McDonnell and his focus on urban sustainability.

David said ‘international trends are showing a trajectory and flow of people into cities and urban areas. We will make mistakes if we focus solely on the urban core. It isn’t just about what happens in the local area and we should consider the wider impacts. Urban areas require massive transfers of natural resources and people from other areas to provide water, energy, food, talent and innovation. Cllr McDonnell will be overseeing the first metropolitan area strategic plan for Galway in his role as Cathaoirleach.