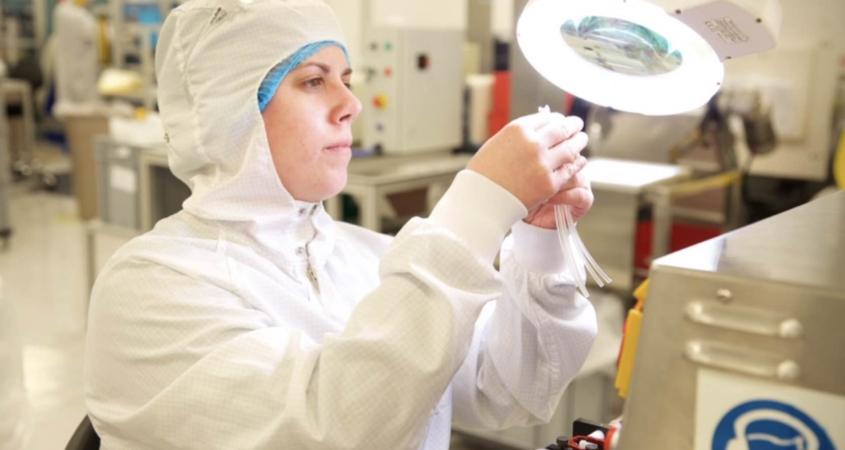 New research has confirmed the major contribution that a new Connacht Ulster Technological University could make to Ireland’s overall economy, with an estimated €600m boost through productivity gains from research, innovation and teaching as well as supporting up to 3,000 jobs.

As part of its submission on the new National Research and Innovation Strategy, the Northern and Western Regional Assembly has found that every €1 of expenditure by the new Connacht-Ulster Technological University is likely to result in an overall increase of nearly €4 in output to the Irish economy.

John Daly, Economist and lead author of the study called ‘A Future Learning Region’, said: “Our message to government is that universities represent an excellent investment in the North West’s future and provides value for money to the exchequer. They help drive economic growth and innovation – both nationally and regionally – create high-skilled jobs and higher wages for our citizens.”

The formal application of the new Connacht Ulster Technological University is a step in the right direction according to Daly, which is conservatively set to deliver an impact of over €600m to the national economy and support just under 3,000 jobs in the wider labour market.

Commenting, David Minton, Director with the Northern and Western Regional Assembly said: “This submission shows how critical the new university has become in supporting economic activity in a world where everything is increasingly dependent upon a smart capable workforce and a source of ideas that improve effectiveness, efficiency and competitiveness across all parts of society and the economy.”

He added: “We are trapped in a paradox. The more communities who need innovation, the more difficulty they face in investing effectively and becoming a part of the global economy. This is highly evident in the north and west of Ireland but investing in our higher education system can clearly address this deficit.”

Innovation involves creating and capturing value from new ideas, skills, technologies, efficiencies and processes, and this according to John Daly is the real value of the new technological university, as it will improve productivity levels, foster competitiveness and support balanced regional development.

The designation of a Connacht-Ulster Technological University could not come at a more important time for the region. The EU’s 2021 “Regional Innovation Scoreboard” shows that the North West is now the only region in Ireland to be classified as a “Moderate Innovator”, namely a region to record an innovation index score between 70% and 100% of the EU average.

In contrast, the Southern and Eastern and Midland Regions have been classified as “Strong Innovators”, namely a region to record an innovation index score between 100% and 125% of the EU average. Compounding this, earlier this year the Northern and Western Region’s economy was downgraded as a ‘Transition Region’ due to its wider economic underperformance.

Within this context, Minister for Further and Higher Education, Research, Innovation and Science Simon Harris is set to publish Ireland’s most ambitious National Research and Innovation strategy and its purpose is to tackle the big issues facing our country and set a vision for Ireland’s research system to become a ‘Global Innovation Leader’.

The Northern and Western Regional Assembly’s submission calls on the Government to enhance the research and innovation capacity of the North West with the view of stimulating the region’s economy and assisting in its recovery following the economic impact of COVID-19 and Brexit.

To achieve this, the Assembly calls on the government to enhance the research infrastructure and equipment of the North West’s Higher Education Institutes and research assets, provide greater resources to support more PHD and research positions in the region and to provide more direct funding to enterprises undertaking research and development activities.

Furthermore, the Assembly’s submission highlights the need to develop regional forums in facilitating greater collaboration between the region’s businesses and research bodies, the importance of EU funds in supporting innovation, and that a proportion of national research funding should be ring-fenced for projects with an-island dimension.

NWRA Director David Minton added: “Current figures paint a bleak picture for the west and northern parts of the country. Ireland is investing in human capital and technological development, but the returns are not widely distributed. Compounded by Brexit and Covid-19 there are increasing calls for a sustained response to regional imbalance within the forthcoming National Development Plan. Enhanced investment in our higher education system is essential.”

Submission on Ireland’s next Smart Specialisation Strategy
Scroll to top