The Northern and Western Regional Assembly (NWRA) welcomes the new Regional Aid Map for Ireland for the period of 2022 to 2027. The Regional Aid Map identifies the Irish regions eligible for regional investment aid and also defines the maximum aid intensities for enterprises operating within the eligible regions.

Under the new map, the size of Ireland’s population that will be allowed to receive regional investment aid has been reduced from 51% to 35.9%, with the majority of the Local Elections Areas based in the Northern and Western Region eligible for regional aid from the State.

“The publication of the new Regional Aid Map for Ireland is to be welcomed as it acknowledges the significant economic challenges experienced by the Northern and Western Region’s economy in recent years and provides a form of “Positive Discrimination” towards our region.

Although these types of measures will not solve all of the region’s economic challenges, such regional aid will be an important policy instrument in growing our existing enterprise base, supporting future investment in the region and reducing regional disparities that exist in Ireland.

Therefore, it is imperative that the government fully utilises the potential of regional investment aid, as a means of implementing the vision and objectives of the National Planning Framework and the Regional Spatial and Economic Strategy of the Northern and Western Region”.

Cllr Hyland added that the Regional Aid Map was determined by a host of indicators; one of which was the Regional Assemblies “COVID-19 Regional Economic Analysis”, which showed that the Northern and Western Region – in terms of commercial units and out of the 3 NUTS 2 Regions of Ireland – was the most exposed to the economic impact of COVID-19 at the time. The use of such a publication reinforces the value of the Assembly’s research capacity in informing policymakers and supporting balanced regional development in Ireland. 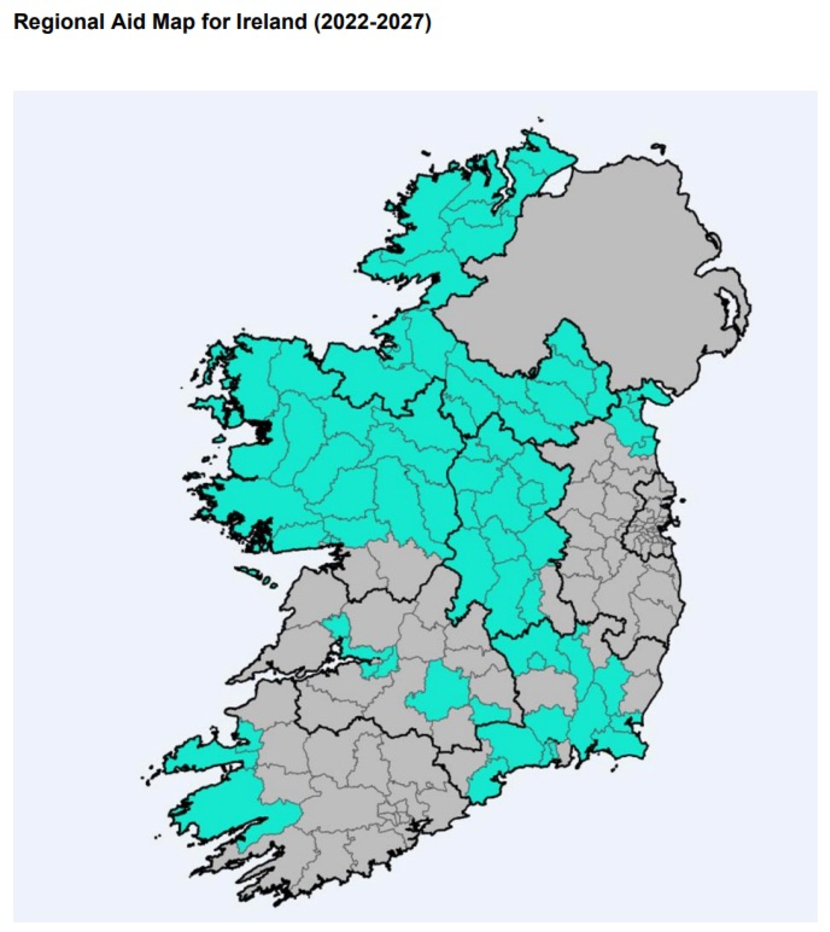