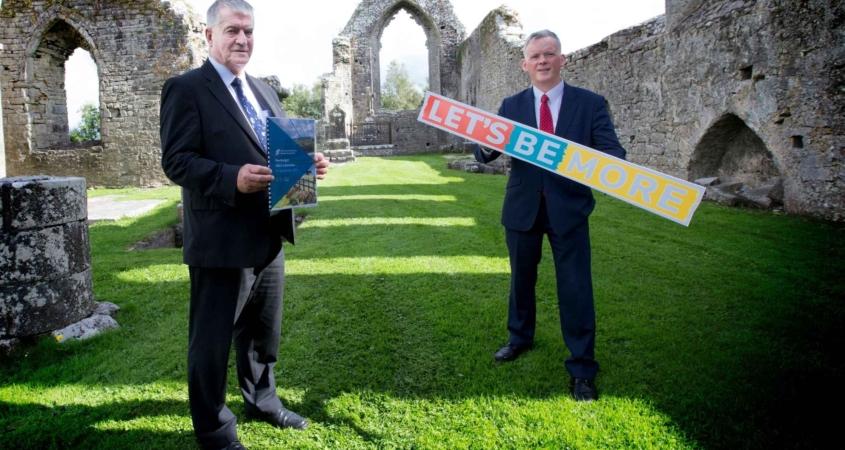 New disposable income figures from the CSO show the estimated gap between the Northern & Western Region of Ireland and the national average has increased to €3,237 per person in 2020, which was three times higher than the corresponding gap in 2010 – when it was only €1,136 – and the gap in 2000, when it was on €1,307

The latest increase in regional inequality can be credited to the fact that disposable income in the Northern & Western Region of Ireland is estimated to have increased by 6.3% or €1,204 per person in 2020, which was less than the national growth rate of 7.2% or €1,583.

Furthermore, all eight counties based in the Northern & Western Region of Ireland recorded disposable income levels that were below the State average of €23,615 per person, with Donegal recording the lowest average disposable income in the region at an estimated €18,656 in 2020.

“Underinvestment in the key infrastructure assets of the Northern & Western Region is likely to have contributed to rising regional inequalities. Over the past decade, the region has experienced long-term underinvestment in national roads, third-level education, further education and research infrastructure; with such infrastructure key to growing a region’s economy and disposable income levels. For example, the Higher Education Institutes based in the Northern & Western Region – on average – received capital funding of €316 per undergraduate enrolled between 2010 and 2020 – which was below the corresponding national figure of €375 – while such capital investment was below the State average in 8 out of the last 11 inclusive years**. 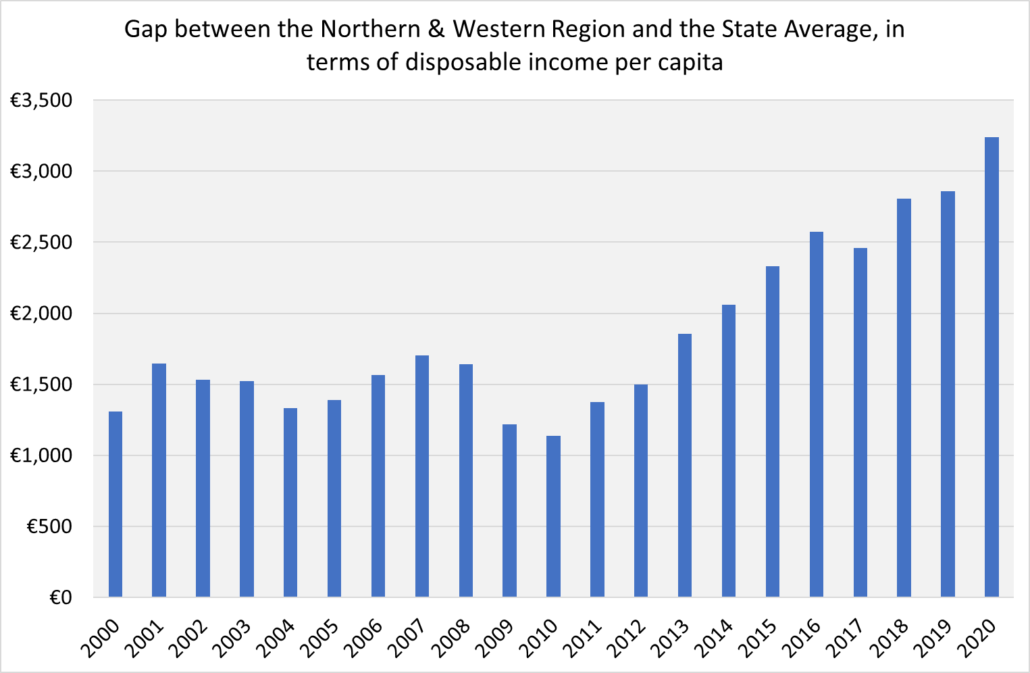 Investment in Higher Education is central to growing productivity levels, export capabilities, private investment and creating high value jobs; and if struggling regional economies – such as the Northern & Western Region – are receiving below average investment from central government, then such underinvestment is likely to be a key factor behind the rise in regional inequalities in Ireland. Such trends further reinforce the need to provide additional funding to grow and expand the forthcoming Atlantic Technological University – along with other education bodies in the region – as they are vital to improving the region’s economy and reducing regional disparities.”

To overcome these challenges and reduce regional inequality, it is clear that a policy of “Positive Discrimination” needs to be urgently adopted towards the Northern & Western Region of Ireland. In this regard, “Positive Discrimination” would involve a higher rate of investment – per head of population – being provided to the Northern & Western Region in order to stimulate the region’s economy, improve the region’s skills base, enhance the region’s innovation and research capabilities and deliver the vision and objectives of Project Ireland 2040.

Failure to do so could further intensify rising regional inequalities, weaken social cohesion and undermine the delivery of key national policies such as the Programme for Government, Project Ireland 2040, the Climate Action Plan and Housing for All.”