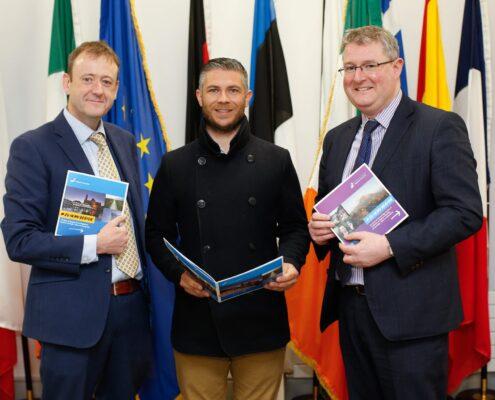 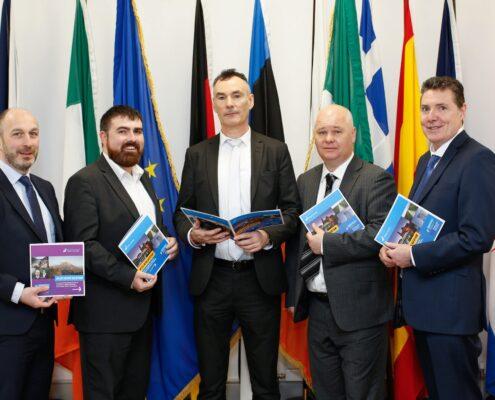 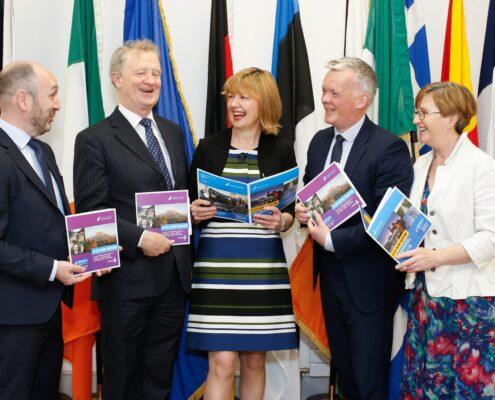 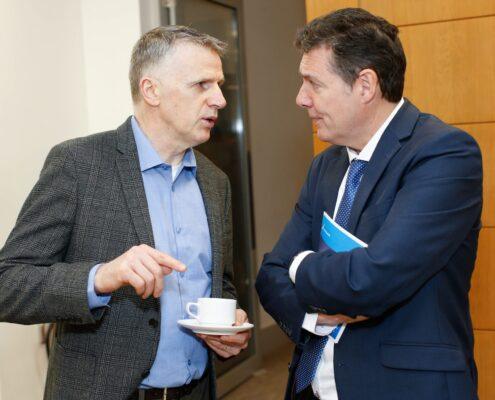 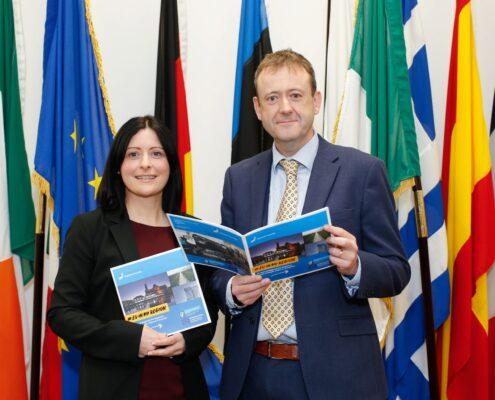 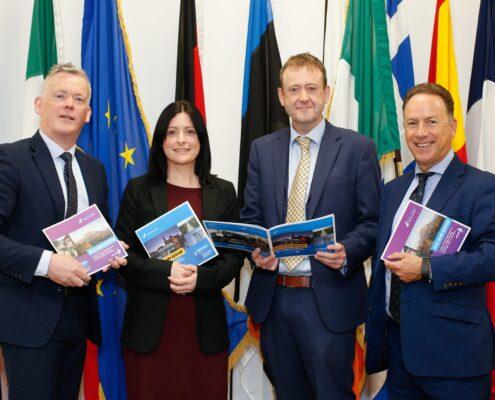 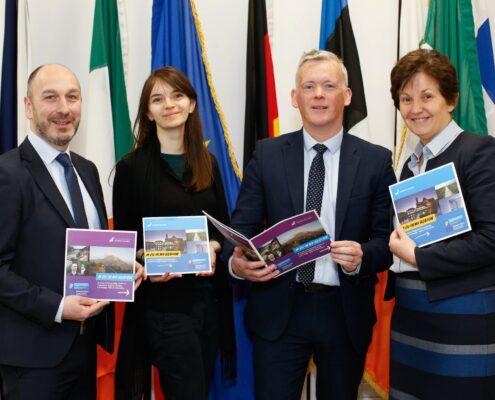 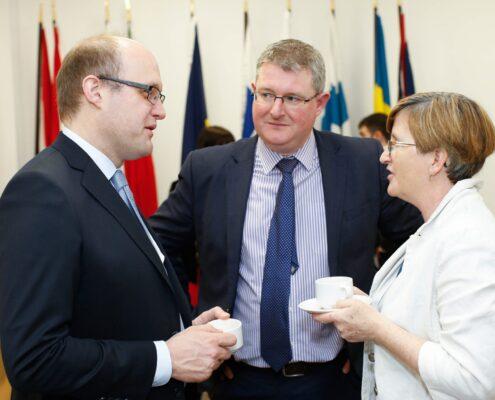 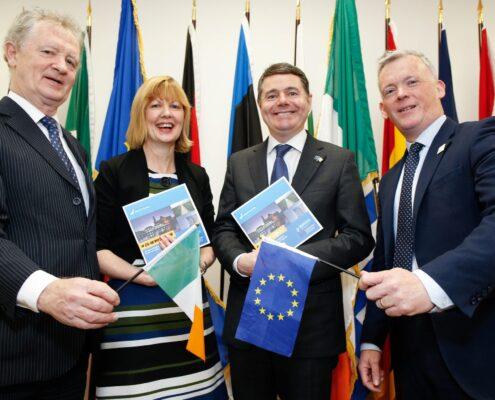 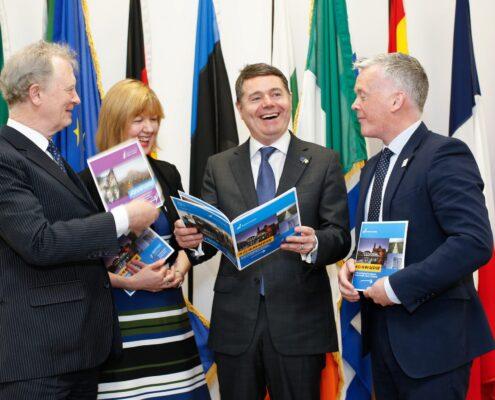 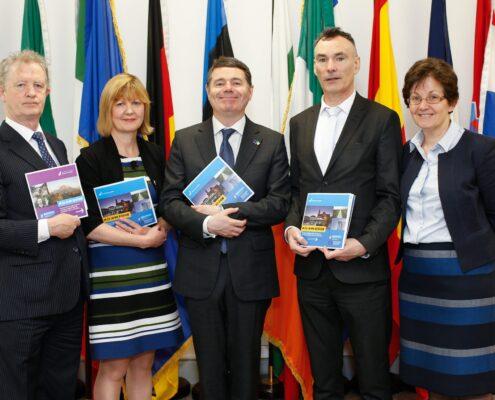 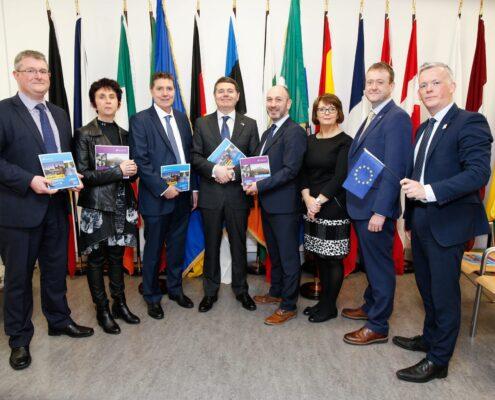 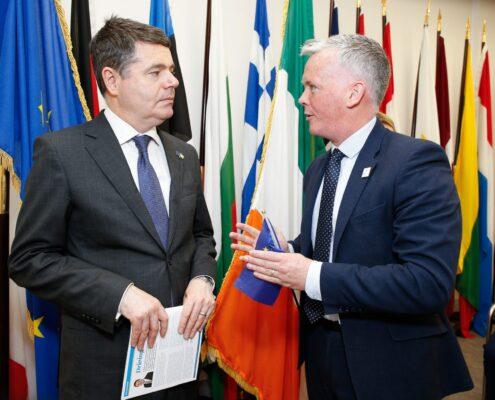 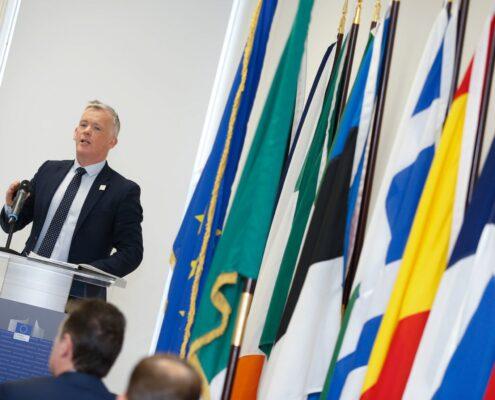 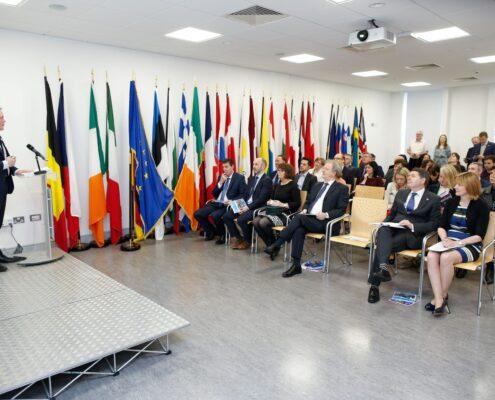 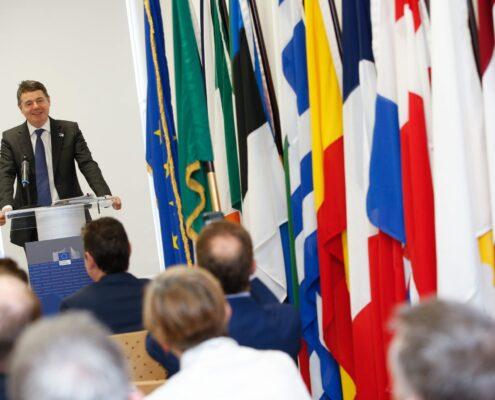 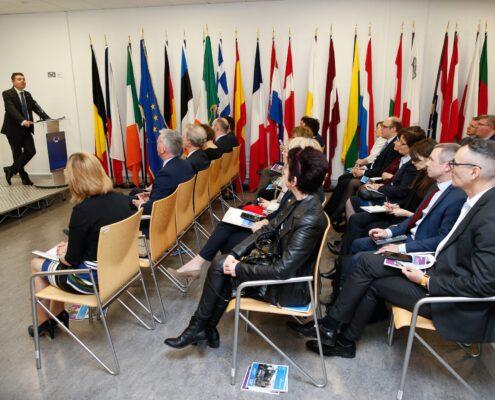 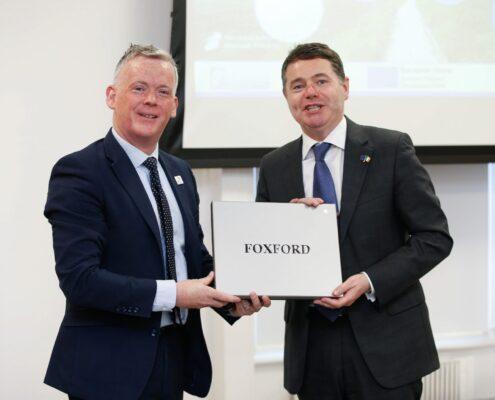 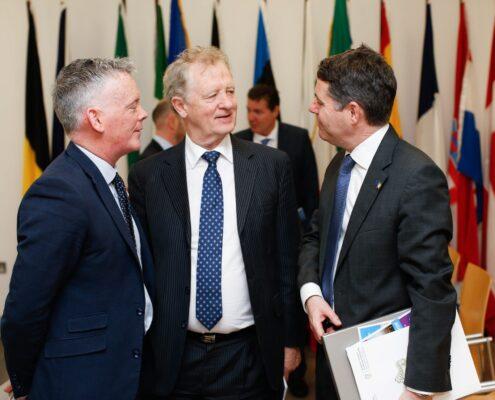 The Minister for Finance & Public Expenditure and Reform, Paschal Donohoe, T.D., today marked European Day,Thursday May 9th, with the launch of two publications as part of a campaign called EU in My Region, which tells the stories of some of the many diverse projects that have been supported by European funds.  Europe Day, May 9th, is an annual celebration of the peace and prosperity achieved within the European Union since its formation.

The publications feature stories about projects funded by Ireland’s European Structural and Investment Funds Programmes in the Border, Midland, and Western Regions of Ireland. The brochures were created by the Northern and Western Regional Assembly to showcase the benefits of EU funding in our region.

Minister Donohoe  launched the publications this morning, with a speech outlining the value of Ireland’s membership of the European Union, and reflecting on the National Statement on the European Union, which will inform Ireland’s contribution to the Union’s next five year Strategic Agenda. He said:

‘We live in a challenging time for the EU. It is all the more important, therefore, that we take the time to reflect on what EU Membership means for Ireland, and to communicate the many positive benefits it brings’.

‘The European Parliament Elections will see citizens across all Member States elect MEPs to represent them for the next five years. I would strongly urge everyone, regardless of their political views or affiliations, to go out and vote on Friday 24 May’.

Minister Donohoe concluded the launch by commending the NWRA on the ‘EU in my Region’ publications, stating that the stories selected demonstrate real European added value in a very visible and positive way, and clearly show how both EU and Irish Exchequer investment is working for citizens in the Border, Midland and Western Region.

Mr. David Minton, Director of Northern and Western Regional Assembly noted that the Northern and Western Region comprises of eight counties with two airports; 45,000 businesses coupled with 140 FDI multinationals, and thriving cultural and tourism centres – and that key to these achievements has been the investment of €5 billion in Cohesion funding.  He noted that European funding had not just simply been about critical investment in roads and water treatment plants and other infrastructure, but has facilitated growth in our towns, enabled the distribution of goods and the creation of prosperity through ground-breaking research projects and other innovative schemes.

He said “Europe continues to play a transformative role in our region.  If we think about how we work, travel and shop to the quality of our environment, our opportunities for learning and the way our businesses buy and sell their goods and services, they consistently become better and more effective because of our EU membership and partnerships.”

Mr Minton added: “We need a deeper understanding of the EU and that is the purpose of the EU in My Region campaign. We want to answer a question: ‘What Did the EU ever do for us?’ Well, part of the answer to that is, ‘quite a lot actually’.”

Download the two EU in my Region Publications Here