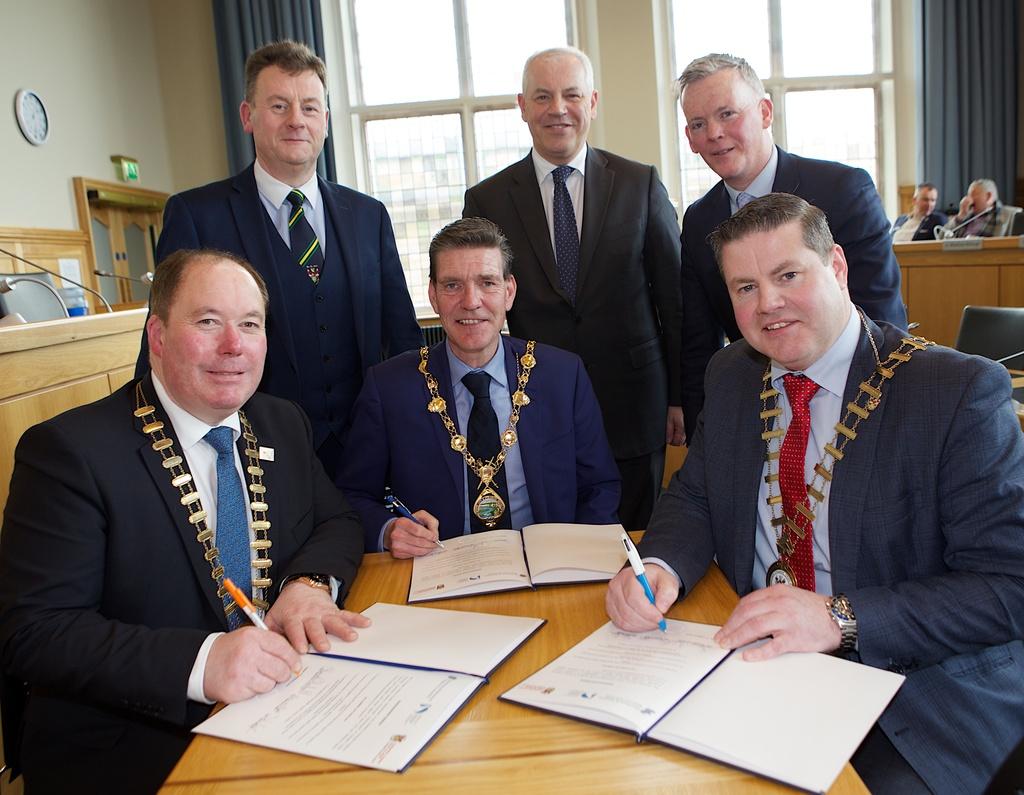 Our Cathaoirleach Cllr Seamus Coyle hosted the first ever Regional Assembly meeting to be held outside of the State.

The meeting was held in the Guildhall in Derry to recognise the cross border partnership developing in the North West City Region and as a way of celebrating our shared communities.

The Members of the Regional Assembly met with the Mayor of Derry City and Strabane District Council Cllr John Boyle along with the Chief Executives from both Derry City & Strabane and Donegal County Councils to hear about the new and integrated approach  to create a prosperous, thriving and sustainable City Region.

Cllr Seamus Coyle acknowledged the collaborative work being done in the North West area and commended the positive work to date by the two Council Chief Executive’s to ensure collaboration and synergy in promoting the region.

Mayor Cllr Boyle welcoming the members to the city said he was delighted they had chosen to travel to Derry for their meeting and to get an update on the positive work being done by both Councils at a regional, national and international level to promote the North West City region.

Cllr Seamus O Donnell, An Cathaoirleach of Donegal County Council, and also a Member and former Cathaoirleach of the Assembly, said huge progress had been made in selling the City region to governments and national and international markets and praised the positive working relationship between Derry/Strabane and Donegal Councils and their commitment to securing investment and prosperity to the City Region. 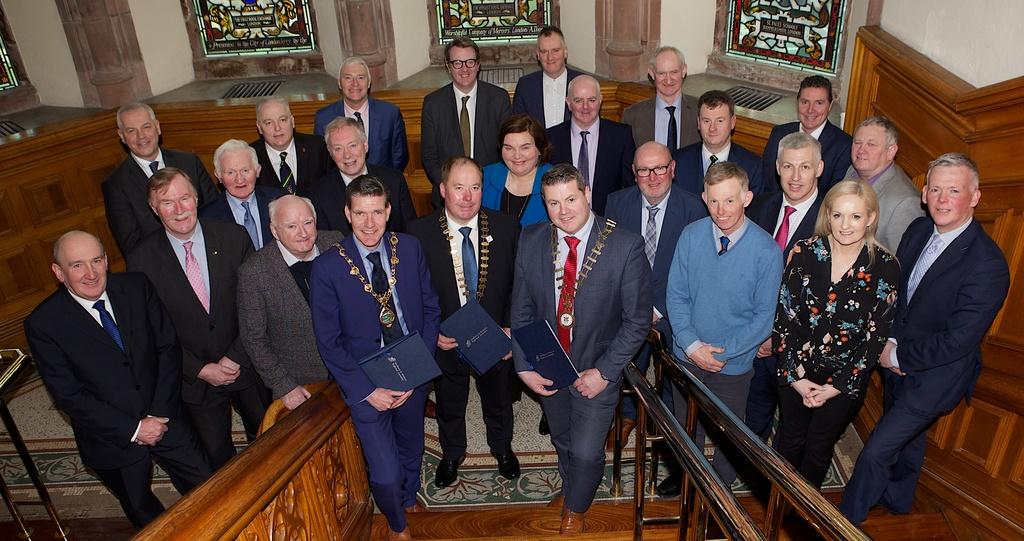