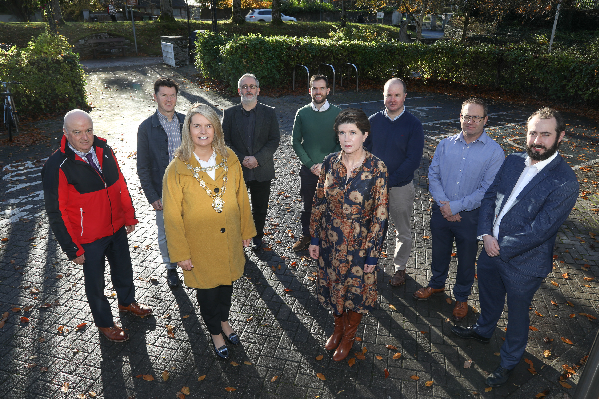 Galway City Council has this week launched an application to the European Commission to become a ‘Net Zero Pilot City’ – bringing €1.5million in funding to implement innovative approaches to carbon reduction over a two year pilot programme. If successful, Galway City Council will be one of 30 ‘Pilot Cities’ in Europe, working across thematic areas to reduce carbon emissions. The Climate Action and Low Carbon Development Act 2021 commits Ireland to reach a legally binding target of net-zero emissions no later than 2050, and a cut of 51% by 2030. Galway City Council is supported in this ambitious application by Atlantic Technological University, University of Galway, Galway Chamber, Galway Harbour Company, Northern and Western Regional Assembly, Westside Resource Centre, Westside Sustainable Energy Community-Galway Energy Co-operative, Western Development Commission and the Department of Housing, Local Government and Heritage.

Galway City Council’s goal as part of the Pilot Cities application is to vastly reduce Carbon Emissions, focusing on the built environment, and specifically on the retrofit of buildings. The pilot will focus on addressing systemic barriers to rapid retrofitting in Galway, including lack of skilled contractors; high upfront cost of retrofitting; lack of awareness of existing incentives; long administrative & bureaucratic processes; and apathy of residents to retrofit.

Speaking about the initiative, Mayor of Galway, Councillor Clodagh Higgins, said, “The key goal of the pilot project in Galway City is to increase the number of retrofitted buildings. The pilot proposes a ‘Retrofit Accelerator Programme’ to upskill contractors, incorporate learnings from post-retrofit performance management, and support behavioural change to increase people’s engagement around retrofitting”.

According to Brendan McGrath, Chief Executive of Galway City Council, “In the Baseline Emissions Inventory (BEI) carried out by Galway City Council, emissions from residential buildings constituted 34% of the overall emissions in Galway City in 2018. In response to this, Galway is already taking part in the National Building Retrofit Pathfinder Programme and has partnered with SEAI to provide various funding schemes to facilitate retrofit implementation. However, this pilot project would help us accelerate this work, and to place Galway in a leadership role on the path to decarbonisation. It will also mean more efficient homes, and lower costs for householders.”

The application is being supported by stakeholders locally, regionally and nationally. David Minton, Director of the Northern and Western Regional Assembly – a partner in the application – said that ‘improved energy efficiency in buildings is a major pillar of EU decarbonisation and the European Green Deal. Furthermore, the Climate Pact’s main objectives include catalysing engagement and connecting citizens and organisations to act. Nowhere is better placed than Galway, which has already demonstrated its values of inclusion and sustainability through the arts and education. The proposed pilot activities for Galway incorporate these key components of the European strategy, while aligning firmly with Irish national ambitions and addressing major barriers to success’.

Europe has pledged to lead on climate action, and has set forth ambitious goals and directives to achieve that commitment. The Horizon 2020 and Horizon Europe research and innovation programmes, the European Green Deal and other European Union policies and directives propel European Member States towards a 55% cut in emissions by 2030 and climate neutrality by 2050.

Galway City Council expects to hear results of the application in February 2023.