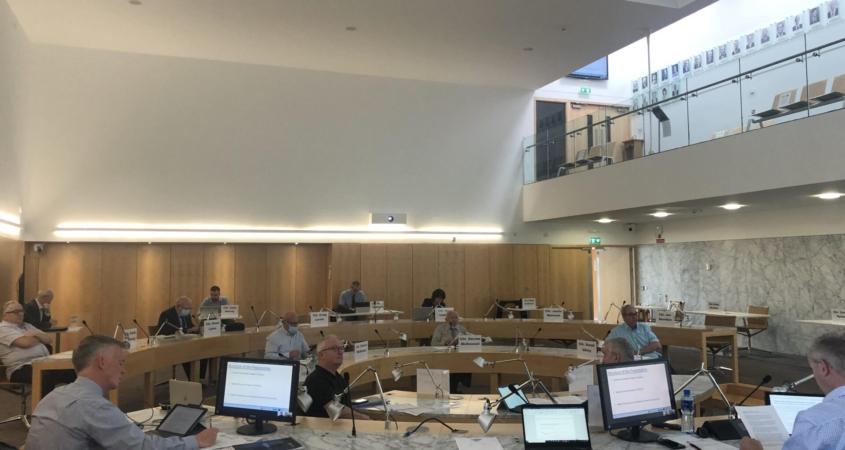 “These figures show regional inequality continue to remain too high in Ireland. The matter goes beyond politics and government. The Assembly recognises that the Government has committed considerable resources to the region, but less than the east and south. We need a new approach and accelerated investment”

In this regard, the elected members of the Northern and Western Regional Assembly want to meet senior representatives of government to highlight that urgent action is needed to implement the vision and objectives of Project Ireland 2040, address regional inequalities and support balanced regional development in Ireland.

The request for this meeting comes as new Eurostat GDP figures show regional inequality in Ireland continues to remain notably high. As per the latest data, the Northern and Western Region’s GDP per capita – as a percentage of the EU27 average – was estimated to be 71% in 2020, which was down 34 percentage points on its previous peak of 105% as of 2006 and was down 17 percentage points on the region’s performance a decade ago, when the region’s GDP per capita was 88% of the EU27 average in 2010. 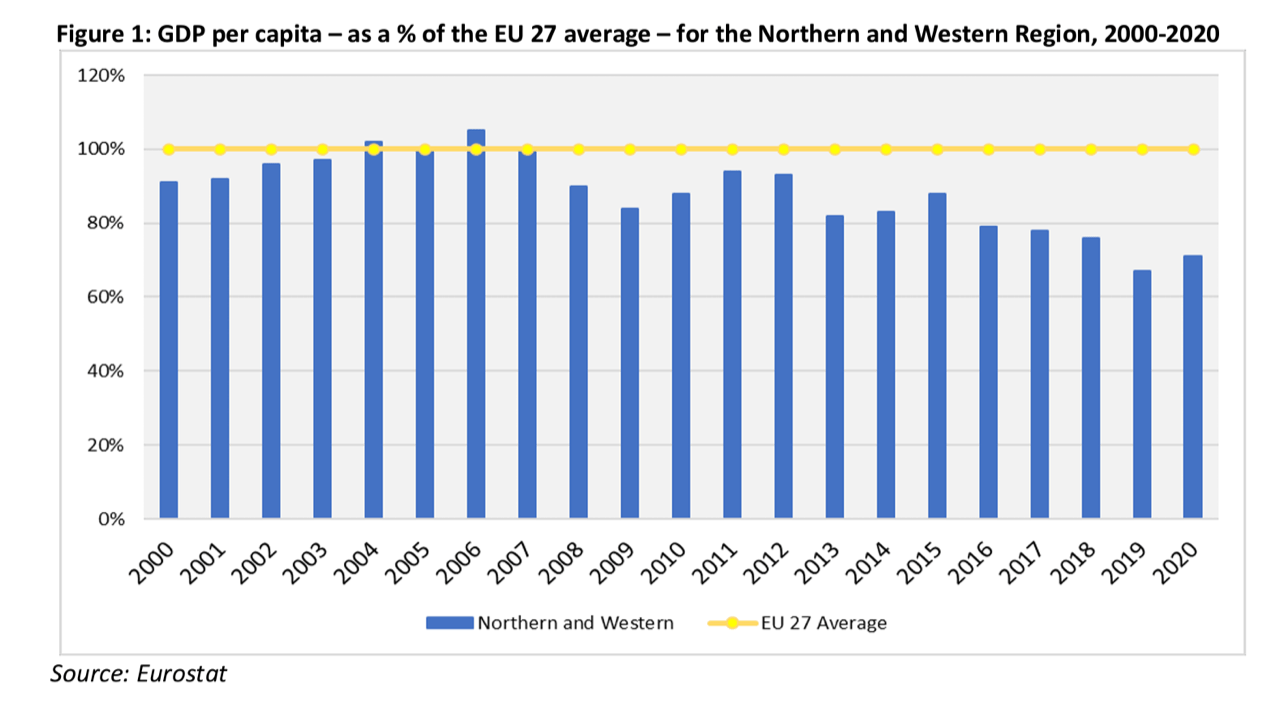 Furthermore, Eurostat have also released their latest sub-regional GDP figures, with these statistics showing the economic performance of the Border and the West relative to the EU27 average between 2000 and 2019. Notably, it was found that the Border’s GDP per capita – as a percentage of the EU27 average – was estimated to 64% in 2019, whereas the corresponding figure for the West was 69%.

Considering these trends – along with recent developments highlighted in CSO’s “County Income and Regional GDP” publication – the elected members of the Northern and Western Regional Assembly feel that an emergency meeting with senior government representatives is urgently required to tackle this growing inequality.

A detailed briefing note on regional GDP and disposable income figures can be downloaded below.

Correction on the County Incomes and Regional GDP 2019 published by CSO on the 16th of February 2022. According to the CSO, the GVA/GDP results reported by the CSO for the West region (2017 – 2019) have been revised upwards by between €2bn and €4bn in each of these three years.  There have also been smaller revisions to the prior years back to 2013.  In addition, the 2020 projections for the West and Midlands regions have been increased.  These revisions are largely explained by the CSO’s initial incorrect allocation to the East region of data related to large foreign-owned Multi-National Enterprises with production sites in the West region.  There have been corresponding reductions in the results for the East region with no overall change in the National GVA/GDP results. Therefore, it should be noted that the CSO GDP figures presented in this article and briefing note are outdated – since the CSO’s revision occurred after its publication – and they do not reflect the above updates from the CSO. GVA / GDP results that take into account these updates can be found in the CSO’s “County Incomes and Regional GDP” publication or on the Eurostat website