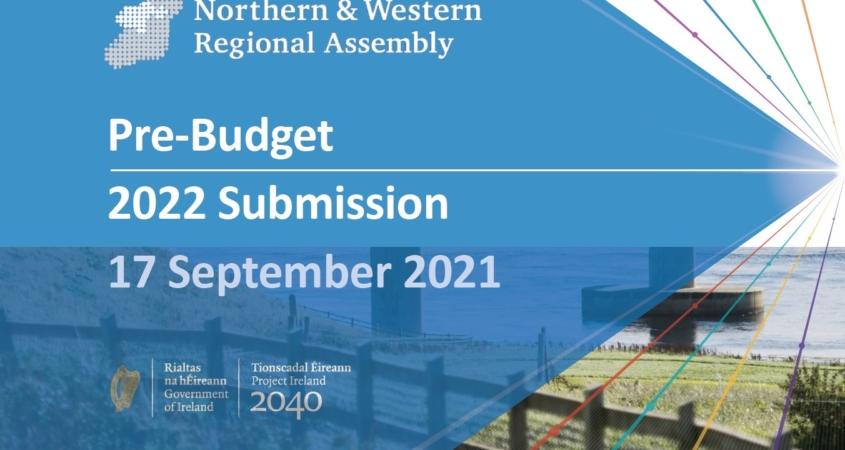 The North West Regional Assembly, one of Ireland’s three regional authorities, is calling for Budget 2022 to revitalise the North-West’s economy and to address the long-term underinvestment in the region’s infrastructure, by providing a sizeable stimulus package for the North-West of Ireland.

In its pre-budget submission, the NWRA has highlighted the economic challenges facing the North-West of Ireland and how the region’s economy is being left behind with an urgent call for support.

John Daly – NWRA’s Chief Economist – said: “The decline in the North-West’s economy is evident from the European Commission’s decision to downgrade the region’s economic status from a ‘More Developed Region’ to a ‘Transition Region’ – the only region in Ireland to hold such a status – while the North-West was the only region in Ireland to be classified as a ‘Moderate Innovator’, namely a region with an innovation index score between 70% and 100% of the EU average.”

Mr Daly added: “The European Parliament has also categorised the North-West as a ‘Lagging Region’, which is a region with low economic growth and divergent from the performance of its own national economy. These designations highlight the notable challenges facing the North-West’s economy; with such issues common in some of the poorest regions in the EU”.

Within this context, the NWRA’s submission is calling on Budget 2022 to revitalise the North-West’s economy and to address the long-term underinvestment in the region’s infrastructure, by providing a sizeable stimulus package for the North-West of Ireland, adopting a capital investment policy of “Positive Discrimination” towards the North-West and delivering a wide range of investment priorities which will support the implementation of Project Ireland 2040 and the Programme for Government.

David Minton – Director of the NWRA – said: “Budget 2022 will be key to tackling the economic challenges facing the North-West; challenges which – if unaddressed – could notably exacerbate regional inequalities and undermine the ability of policymakers to deliver balanced regional development. Therefore, our submission is calling for a sizeable regional stimulus package for the North-West of Ireland, to support the recovery of the region’s economy and provide a platform for the region to become more urban, specialised, smart, green, connected and focused on people.”

Mr Minton added: “In total, we have outlined 45 investment priorities that the Assembly would like to see reflected in Budget 2022, with our priorities ranging from delivering the proposed Connacht-Ulster Technological University, creating low-carbon economy training centres, implementing our region’s compact growth targets, improving the region’s digital and transport infrastructure and providing a 100% redress scheme to households affected by Mica, Pyrite and Pyrrhotite