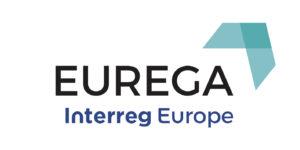 EUREGA’s main objective is to have food, food habits and gastronomy included and recognised in EU, regional and national strategies and policies. These should be seen both as a cultural asset and strong element in regional cultural identity and as a necessary tool to boost sustainable products and services.

Agri-food is Ireland’s and particularly the North-Western Region’s oldest and largest indigenous industry, deeply embedded in the landscape, history and culture of the country. It is not just cultural heritage though, but its strategic importance to the Irish economy, its roots in local communities and its strengthening global reach (the industry provides quality, safe and nutritious food to consumers in at least 175 countries around the world) make it a sector unlike any other. A renewed focus on export growth, combined with a longstanding commitment to excellence, have, in recent years, created a host of new opportunities for established industry players as well as emerging entrepreneurs.

The major challenge faced is ‘scale and sustainability’ of the Region’s agri-food companies. Many are family run businesses that need targeted and integrated support. For producers and processors to capture the maximum share of domestic and overseas markets there will have to be a significant increase in the level of agri-food production both in the Western Region and in Northern Areas.