If stormy weather is predicted, Colm Keane, Business Development Manager at the Hive Technology Centre knows a busy day lies ahead. “During one of our recent storms, we had people waiting at reception looking for a place with working electricity and reliable broadband.”

With the fastest broadband Co Leitrim, it’s a place that benefits many local entrepreneurs who can enjoy the high-speed connectivity without the financial strain of setting up alone.

Before its days as a thriving co-working space, the Hive was an Enterprise Centre with six standalone industrial spaces, but by 2006 the centre was down to 60% occupancy. After years of research and fund hunting it went under construction and was re-born as a high-tech, modern co-working space in 2013.

The re-build cost a total of €1.3 million, with €600,000 supported from the European Regional Development Fund (ERDF), €300,000 from Enterprise Ireland and the rest funded by the centre.

“Without the support of the ERDF it wouldn’t have been feasible to create the Hive,” says Mr. Keane. “We would only have been able to afford a much smaller space, which wouldn’t have made sense financially. As it stands, the Hive has 50 people working in the office units and about 43 people who hot desk on a regular basis.”

Playing host to a variety of events and training courses, the Hive benefits the entire community from school age children taking part in Coder Dojo right up to people in their 70’s who are learning how to use online banking systems via ETB courses. “The Enterprise Office runs some courses through the centre and there’s also a mix of courses covering everything from social media and marketing to wellness. We now have a base in Leitrim where people can learn new skills which can lead to jobs for local people.” 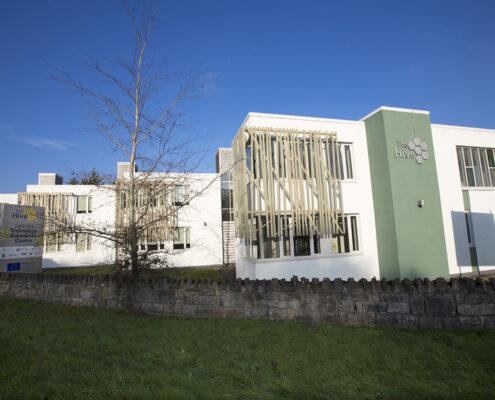 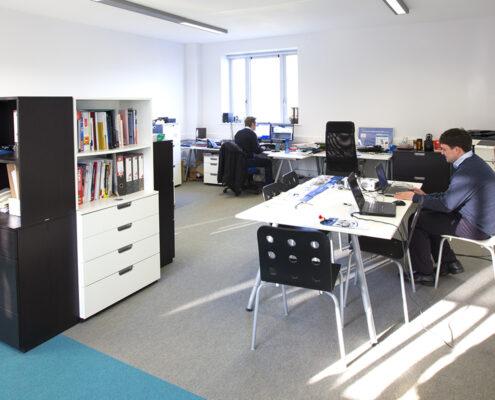